Self-Driving Cars and the Future of Personal Injury Law

You are here:
Personal Injury 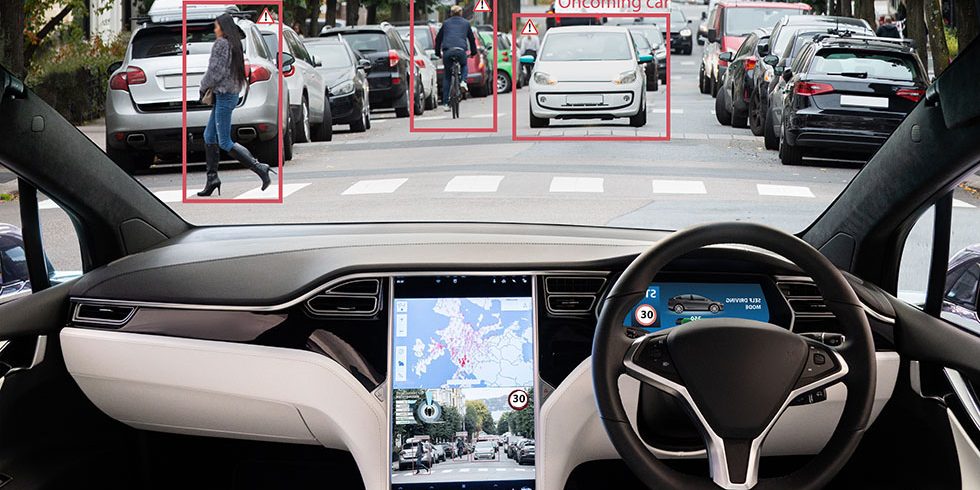 There is an interesting legal debate developing as to what will happen in the context of Self-Driving Cars and the Future of Personal Injury Law.

From Tesla’s autopilot feature currently available in a road going vehicle currently for sale, to the Transport-as-a-Service autonomous vehicles currently being tested across the World, including London’s Project Apollo, led by Addison Lee and ServCity headed up by Jaguar Land Rover, Londoners have already seen autonomous vehicles on the roads of our capital.

It is hoped that in the not too distant future, self- driving and autonomous vehicles will operate a highly efficient Transport-as-a-Service, saving costs and fuel, decreasing traffic accidents and help to reduce the incidences and effects of driving whilst under the influence of alcohol or drugs.

So whilst the benefits are aplenty, what happens if a driverless vehicle were to crash with your vehicle or as a pedestrian or cyclist you were involved in a collision with an autonomous vehicle?

For now, we are in the period of transition.

The current landscape sees these autonomous vehicles attempt to navigate the unpredictable actions of human drivers, thus raising numerous questions around liability and the data which autonomous vehicles capture about us and our behaviours as they chauffeur us around.

Autonomous vehicles are beginning to take on driving jobs in what is predicted to be a near eradication of this type of work for humans in the next 5-10 years.

The Law Society in its discussion paper Automated vehicles – when technology takes the wheel, said:

Self-driving vehicles offer individuals the option of automated or manual driving. Autonomous vehicles have neither driver nor, ultimately, the need for a steering wheel. Self-driving capabilities can boost safety and driver productivity, but these cars can also capture data about us when in manual mode (data useful to insurance companies and to those who wish to monitor our actions). By eliminating the driver altogether, businesses could slash costs by as much as 60%, depending on the industry. By 2025, private car ownership will all-but end in major U.S. cities.

When the majority of the vehicles on the road are semi-autonomous and able to talk with one another, high-speed motoring, formation driving, and seamless merging could be possible. The robocar sector could add as much as $2 trillion to the U.S. economy alone by 2050 and McKinsey predicts the car data industry (self-driving and autonomous cars that capture data for other uses as they travel) could be worth as much as $750 million by 2030.

The issue of vehicle control is prominent – for the public, regulators and insurance companies. Stanford University researcher, Bryan Casey, argues that companies building these cars will be ‘less concerned with esoteric questions of right and wrong than with concrete questions of predictive legal liability’.

What does this mean for solicitors, law firms and the legal sector?

Conflicts between country-specific laws could impede the adoption of this technology globally but the UK has an advantage for the early implementation of self-driving cars as it is not bound by the stipulations of the Vienna Convention on Traffic that stipulates every car must be controlled by a driver at all times.

For product liability, one of the key elements is to prove or disprove causation and who should be found to be liable in the event that a party can successfully establish the fault of a driverless vehicle?

Another controversial issue for lawyers will be ownership and use of the wealth of data each car will collect (including personal information about the trips its owner makes).

Some of the questions that arose from the Law Society paper were:

• When a collision happens, how will lawyers and judges decide what behaviour was negligent?

• Will there be an increase in the potential liability of the manufacturer?

• What effects will such vehicles have on insurance and claims?

• What are the plausible impacts for personal injury lawyers?

• Who owns the personal data collected by the car?

• Do we force the vehicles to adapt to our existing legal regime and motor vehicle code or do we change our legal and social infrastructures to encourage the adoption of autonomous technology?

Whilst we are not there yet, that the technology is already on our roads and with self-driving modes becoming more and more widespread, one thing is clear is that the law needs to catch up quick.

What to Do After a Personal Injury Accident
17 May 2020